Iginio Massari best pastry chef in Italy for 2020: his career in 5 creations

Once again on the sweetest roof in Italy. For the ninth consecutive year, Gambero Rosso proclaimed Iginio Massari as the best pastry chef in Italy. Laura Mantovano, editorial director of Gambero Rosso, highlighted how only 23 places in all of Italy can
obtain the prestigious “Tre Torte” but only the pastry shop founded by Maestro Massari was able to obtain the highest step on the podium.
In fact, the authoritative guide awarded the Maestro 95 points out of a maximum of 100.

Massari received the award with enormous pleasure and satisfaction.
These are her words:
“I believe that all of this is the recognition of a journey that comes from far away, the result of a work full of passion and dedication that I have cultivated thanks to my children Debora and Nicola and all the members of my staff.”</em >

To pay homage to the Master of this result, let’s retrace his career.

Who is Iginio Massari?

Friends call him Gino but for the rest of the world he remains his sweetness.
Iginio Massari was born in Brescia on August 29, 1942 to a mother who was a cook and a father who was canteen director. The passion for flavors ran through his veins.
At 16, after a few months of work in a bakery in the center of his hometown, he moved to Switzerland.
Here, in the French cantons, he acquired his first pastry and chocolate experience under the guidance of Maestro Claude Gerber.

After 4 years he returns to Italy but is the victim of a serious motorcycle accident. The forced immobility does not stop him and Mr. Barzetti, a well-known food industrialist, even though he has Massari in his retinue, sends him to his brother’s house every day.
Subsequently he worked for Bauli, Fratelli Cervi and Star.

In 1971, at the strong will of his wife, he opened the Pasticceria Veneto to which the Milan office was added in 2018.
Since 1964 it has won over 300 competitions, national and international prizes and awards and is the symbol of Italian excellence in the world for the art of pastry.

Method, study, simplicity. These are the key words that describe the activity of Maestro Massari. His superior talent, universally recognized, matches iron
professional discipline and human dedication.
In his career he was a forerunner and innovator: he created the first national pastry championship in 1985, then founded the AMPI, the Academy of Italian Pastry Masters.
Maestro Massari has always been a supporter of young people whose tenacity and curiosity he admires. This is why he created a decalogue for the pastry chefs of the future, a real handbook on how to approach this profession, on the skills to be developed and on the rigor, first of all towards oneself, which is essential for excellence.

Let’s discover his art and his talent with five of his most significant sweet creations.

Massari is considered the putative father of panettone. When the Maestro was in his early twenties working in the Barzetti sweet factory, his panettone was already the best in
circulation.
His recipe is famous and imitated all over the world. In 2008, Gambero Rosso proclaimed its panettone as the best in Italy, calling it “space”.
In 2015, on the occasion of the Milan Expo, the Maestro created a reinterpretation of the classic Milanese Christmas cake with the choice of local raw materials.

Massari describes his creation thus:
“The raisins and candied orange and citron, respectively symbols of money, love and eternity make the panettone a good-wishing tribute to our tradition. Love,
After all, success and money have always been the themes that sum up happiness and every magical ritual.” 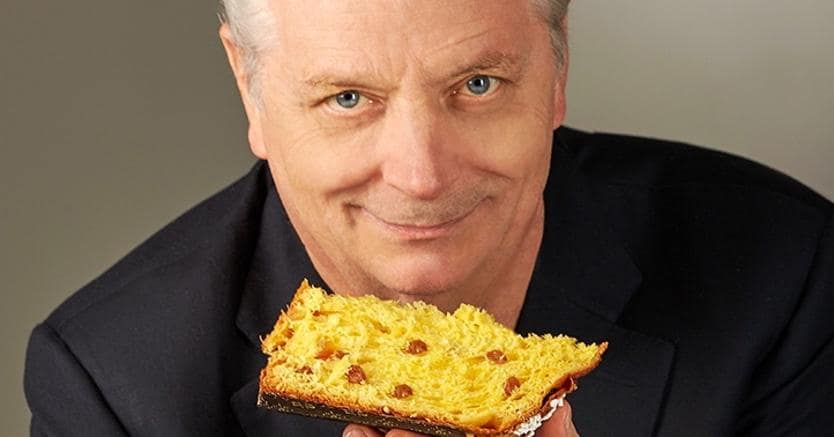 A tribute to the origins: the Brescia cake

Torta Brescia, or Bresciana, represents the strong bond that Gino has with his territory and the deep interest in history and contamination.

A greedy recipe and elegant, one of the master’s flagships. A shell of refined shortcrust pastry encloses a soft and creamy filling of finely chopped hazelnuts and dark chocolate, on a base of bitter orange marmalade and orange candied fruit.

Exhibited in the windows of the Veneto pastry shop and in the Milan office, the pralines are real little greedy jewels.

Small in size but big in flavours, these creations are works of art, striking sight and taste.
These include the Diamonds pralines with dark chocolate and raspberry ganache, the pepper and cinnamon pralines, the Cuore pralines made with white chocolate and filled with
passion fruit, rosemary ganaches, tea pralines, Terragona pralines.

Maestro Massari’s talent conquers England. The pastry chef prepared the cake for the Queen’s Birthday Party 2019, the traditional party in which the British diplomatic world celebrates Queen Elizabeth , on the occasion of her birthday .

A splendid mousse of wild strawberries and lemons Made in Italy made its triumphal entry at the Queen’s Birthday Parties held first in Rome at Villa Wolkonsky, the seat of the ambassador of the United Kingdom; then in Milan at Villa Necchi Campiglio. A way to introduce oneself to the British crème de la crème, in view of the opening of a pastry shop in London, as announced a few months ago by the Maestro himself on social media. 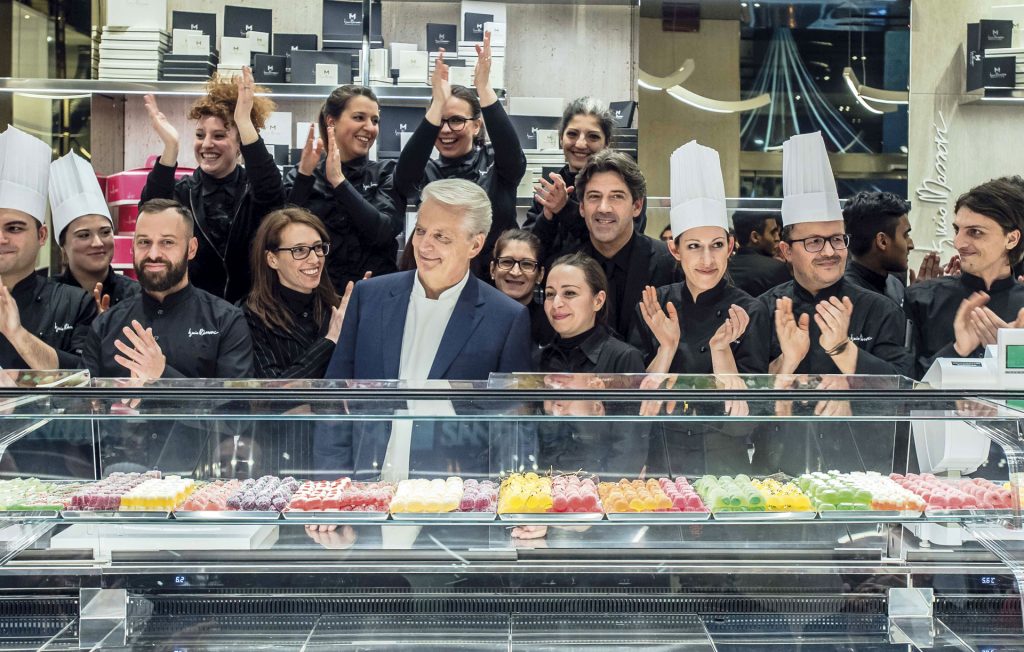 The dessert inspired by the paper house

True creativity has its roots in tradition, eyes attentive to the present and focused on the future. Continuous study and the tendency to constant improvement lead the Master to create original sweets and in step with the times. Thanks to the inspiration of his daughter Debora, the desserts dedicated to the Netflix series “La casa di carta” are born.

A single-portion dessert that was sold in a limited edition in the Veneto and Milan pastry shops. A fresh dessert, to be savored in the warm season. Dalì’s mustache and eyebrows in chocolate, symbol of the show, rest on a fiery red glaze that encloses a base of sponge cake that supports a soft and light mousse based on yogurt and strawberries.